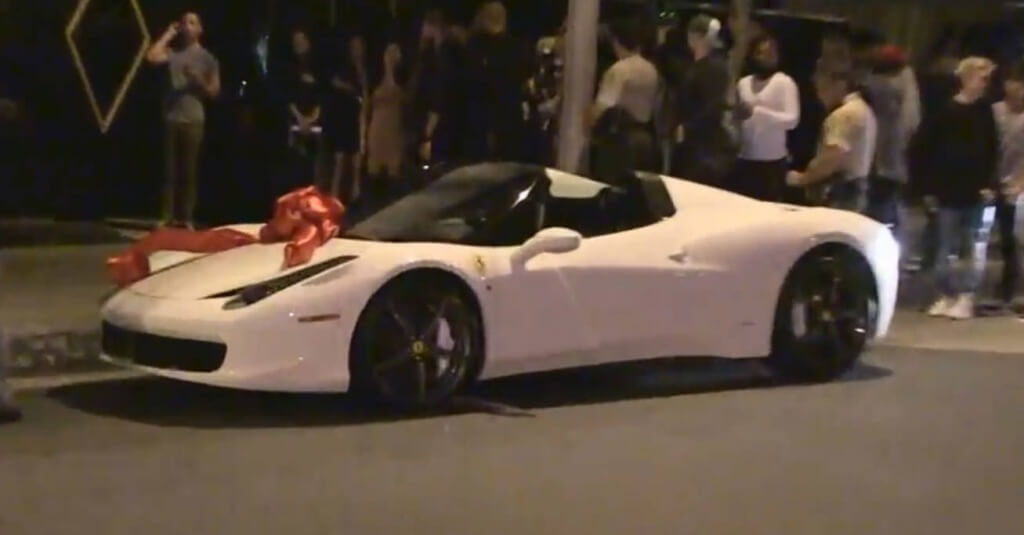 Look…we’re not haters here at EW.TV, but we have to admit this one does spark our car envy.  If you don’t know who Kylie Jenner is or the Kardashian clan, A) You’ve been living under a rock and B) We’re also envious of you for not knowing who that clan is, lol.  Trust us, you’re probably better off not knowing.

The Jenner/Kardashian clan were out and about for the youngest sibling’s 18th bday.  That’s right fellas, Kylie Jenner turned 18 (we have to imagine 25 year old boyfriend “Tyga” is pretty happy about that), she’s now legal.  Well, reports were being thrown around that BF, Tyga got her a fancy G-Wagon for her bday, the same G-Wagon he got baby mama Blac Chyna a few years or months back.  We don’t know the entire story and to be honest, we don’t care.  This is an exotic car website, not TMZ Jr. 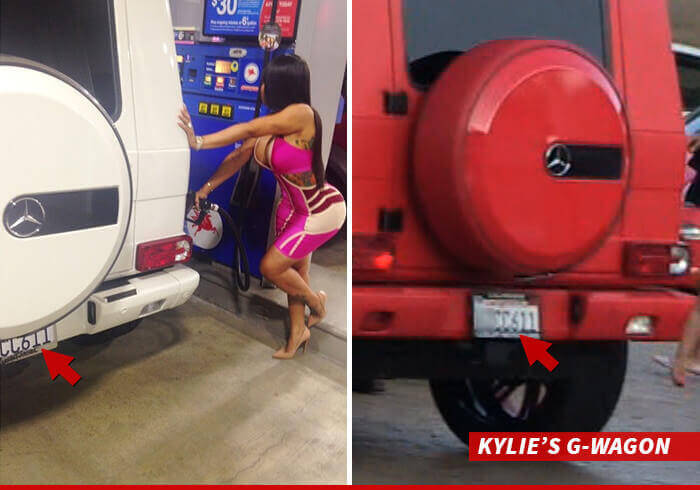 With that being said, we do have to report what Tyga got his newly minted 18 year old girlfriend as a bday gift.  Yeah, you guessed it, a white Ferrari 458 Spider.  Only one of the sickest cars on the market right now.  Yeah, some of you are probably going to say, “He didn’t buy it for her, it’s leased” and you’re probably right.  But at the end of the day when Kylie Jenner wakes up at noon and cruises to Yoga, she’s doing it in a freakin’ white Ferrari 458 Spider…and shes 18!