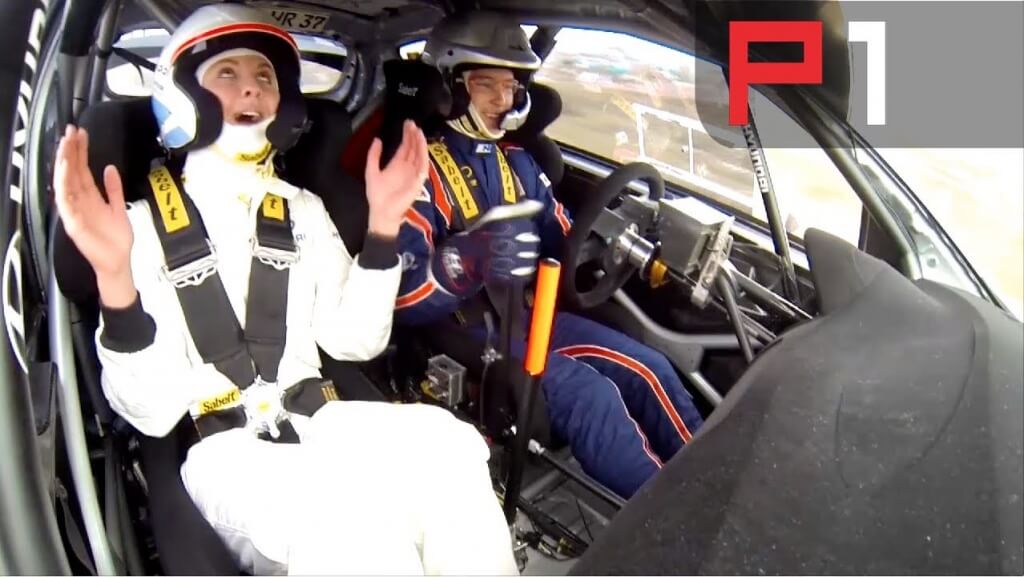 Hey, everyone is different.  Some things may excite one person while another thing might not at all.  Well that’s exactly what’s happening here.

So from the looks of things, this TV host is doing some reporting on rally stages or rally cars but in all honesty, we could care less about what she’s reporting on, lol. The rally circuit is in Portugal and it has a variety of things for drivers to contend with. Not only does it have a massive jump (which you’ll see in the video) but it has lose gravel area’s that merge onto asphalt sections.

The massive jump we’ve talked about is called “The Fafe Jump” and is known as one of the most famous jumps in WRC. It’s a naturally made jump and due to the fact that the take off is nice and smooth drivers can hit this thing at almost flat out throttle…that will put some hair on your chest, or make it sound like your having an orgasm as it did to the reporter in this video.

Either way, from the sounds of things it sounds like shes having a truly euphoric time…