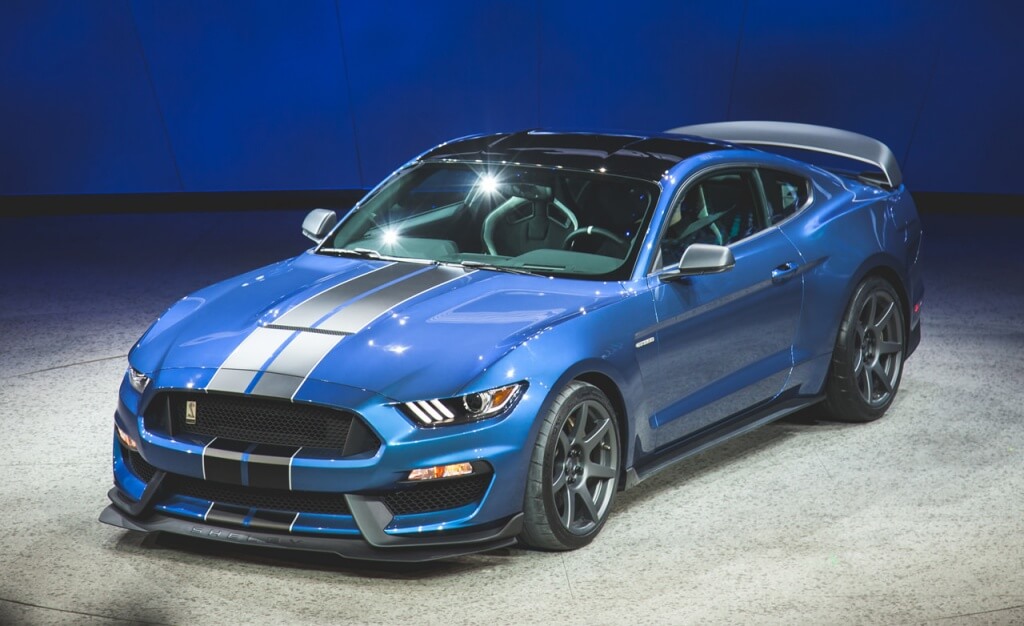 We’re used to seeing American muscle cars go fast…in a straight line then go off the road/track due to their terrible handling, but has the new 2016 Ford Mustang GT350 changed all of that?

Ford seems to think so. Ford says the new Shelby GT350 (a name with a huge amount of history) is way ahead of the previous generations of Mustangs in regards to sophistication and handling. Ford says the flat-plane-crank V-8 delivers 8K RPM and the magnetic suspension along with the custom, cross-drilled brake system mounted to the Michelin superstick tires prove that the company is serious about achieving world-class handling. But that’s like asking Floyd Mayweather what he thinks about Floyd Mayweather…

Checkout the video to see just how epic this new Mustang is.

Previous Watch: Mclaren P1 Square Off With A Bugatti Veyron
Next These Guys Do “Farmkhana” In A Ferrari F40!