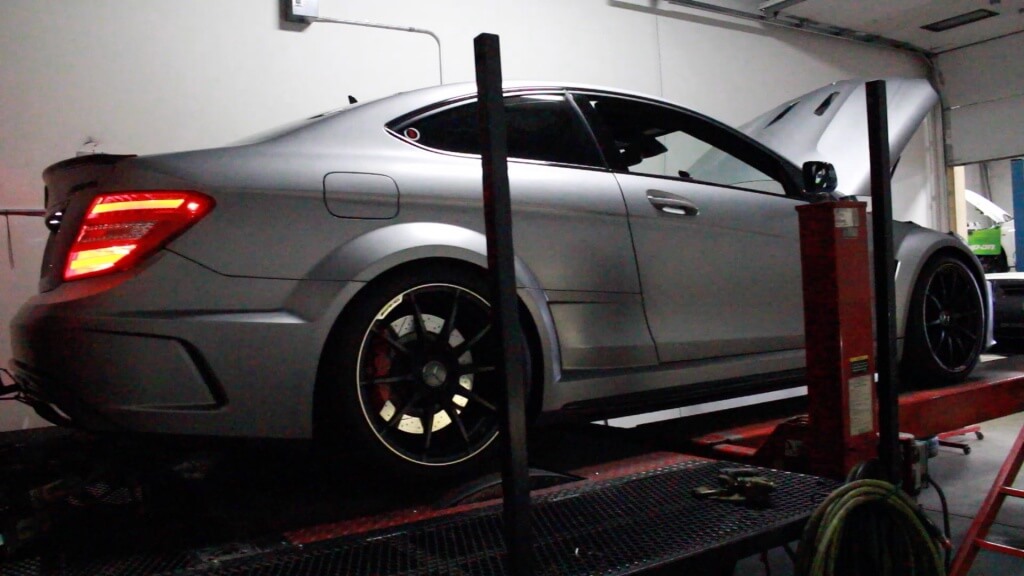 After adding Weistec headers, exhaust, tune, ROW intake, and TCU Valve/tune, I was finally able to see what my 2012 C63 AMG Black Series puts down to the ground!

If you’re not familiar with the C63 Black Series, think of it as a street legal racecar built by AMG. It’s about as close to a race prepped c-class you can get from the factory. The C63 Black Series is rated at 510 hp and 457 lb-ft but remember, these are to the crank. The Black Series borrows some of its internal components from its big gull-winged brother, the SLS.  If you’re looking for a comfy daily driver, well, it can be done in this but you’ll know very quickly you’re in a car that is meant to be on a track.

One option this car doesn’t have is the aero-pack, and while it adds value to the car, I just preferred the look of the carbon package and smaller carbon trunk ‘wing’.

As you can tell from the video, the Black Series sounds nasty from birth but the addition of the Weistec headers/exhaust have really allowed this beast to breathe better which makes it sound all sorts of insane.

Check out the video for yourself and LMK if you think that HP number is on point or not. From what I’ve read, you can expect a 20% (ish) hp loss from the crank to the ground, so I think these numbers are pretty accurate…but you tell me!