As the saying goes, “If at first you don’t succeed, try try again.” Well, it looks like the Zenvo ST1 is on their last “try”.  If you’re unfamiliar with the Danish made supercar, it gained a lot of popularity after being featured on Top Gear.  While on the infamous motoring show the 1100 horsepower supercar caught fire.  Zenvo responded to the incident with a lot of reasoning.  They put the car through a lot of abuse, etc etc.  If you haven’t seen the pictures and videos, checkout our post here about it. 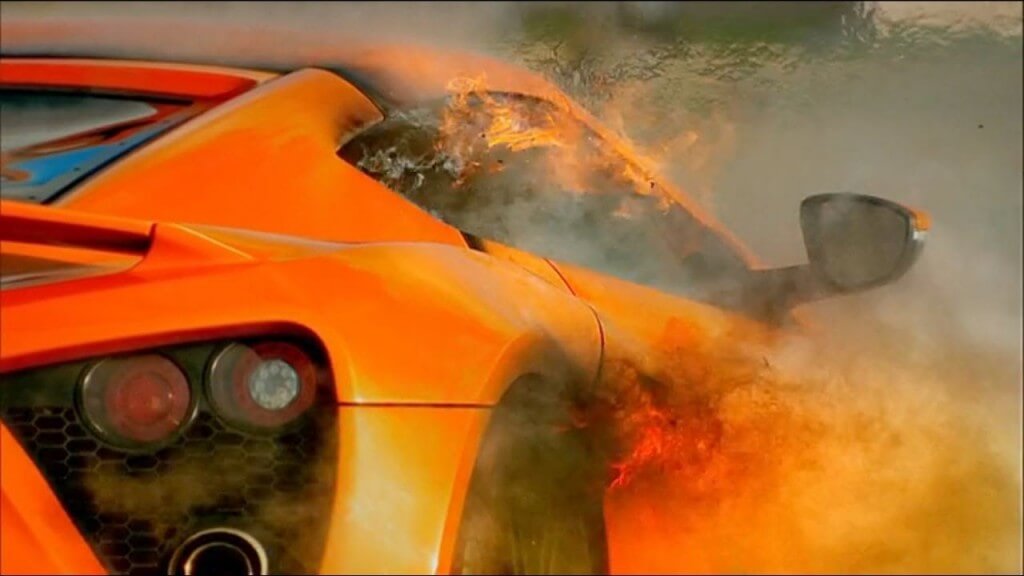 Well, it looks as though catching fire might be a common theme for the million dollar supercar as it happened again, this time in its homeland.  This time the supercharged and turbo’d supercar caught fire in Copenhagen during a track event.

Zenvo said their investigating the incident but it looks like it may have been caused by the fuel system.  The good news is no one was injured and it looks like the fire was put out fairly quickly.

Previous Top Gear Is Back Baby!
Next Watch Ferrari Owner Get Humiliated By Supra On Freeway