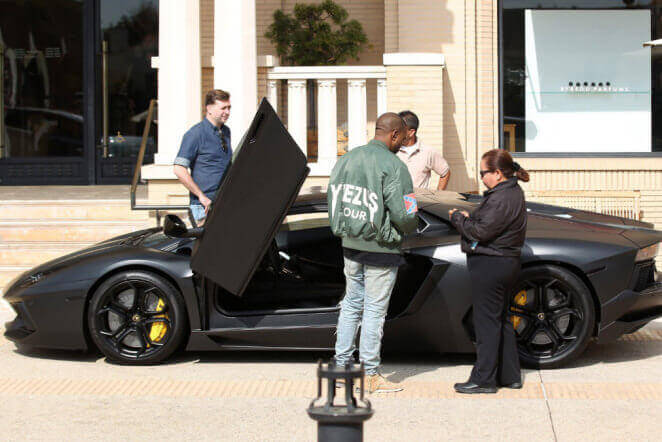 How do you know you’ve really made it? Well, nothing shouts, “I have more money than I know what to do with” than buying a $250,000 supercar and spending another $100,000 in mods that do nothing but either decrease the value or make it impossible to sell…unless you’re an absolute superstar and people will think about buying the car because of who owned it, but that’s not happening for people like Paris Hilton or Justin Bieber.

When celebs mod their quarter of a million dollar sports car with pointless mods, it hurts us real car guys and gals. We know, “It’s their money, they can do what they want with it!”, but c’mon, doesn’t it frustrate you a little bit when you see a Ferrari 458 with this done to it? 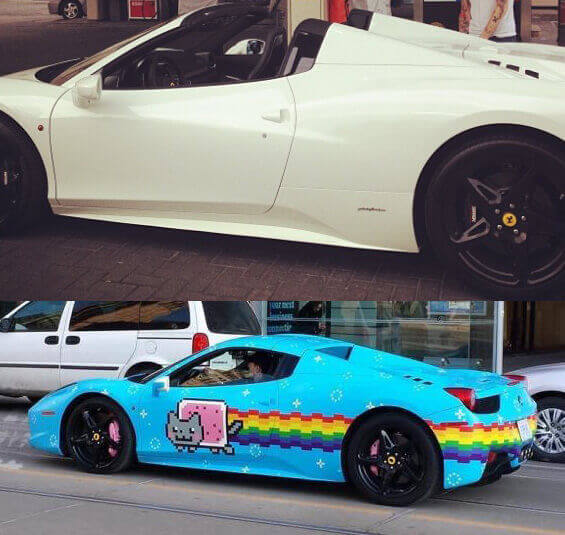 You have to admit, that’s hard to look at! Unless you like digital cats or whatever that is. Well, we’ve gathered 59 other examples of pristine super cars that are now owned by celebs. Some of them are partially ruined due to their owners, some are kept in the nice, clean shape they were delivered to the celebs at the dealership. Which style do you like more? Stock and unmodified or wrapped and LOUD? Tell us in the comments below.

Tyga and his Lamborghini Aventador

Previous Is This 1,700 HP Supercar Legit?
Next 2015 Secret Supercar Meetup